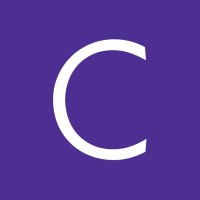 Do you want to be kept up to date with industry news like this?

After a lengthy wait due to government restrictions, Powrmatic are now able to showcase and promote their involvement in supplying ventilators to the Olympic Park.

Powrmatic Wall Opensky louvred ventilators were at the heart of the smoke and natural ventilation system at the London Aquatic centre in the Queen Elizabeth Olympic Park in Stratford, east London. The ventilation systems were designed and installed by Air Design Systems Ltd.

“We were successful in our bid for the project following a rigorous pre-qualification process and detailed online tender. Our role was to provide the automatic wall mounted ventilation units to the external façade of the two temporary stands and we selected Powrmatic Opensky units as providing the best performance”.

The wall mounted Opensky louvred ventilators are used to provide a high free area at the back of the stands for heat exhaust and smoke extract. The units were double stacked and provided with a white polyester powder coated finish.

Designed by Pritzker Prize-winning architect Zaha Hadid in 2004, before London won the bid for the 2012 Summer Olympics, the London Aquatics Centre is an indoor facility with two 50-metre (160-foot) swimming pools and a 25-metre (82-foot) diving pool. Its iconic wave-like roof sweeps up from the ground and was inspired by the fluid geometry of water in motion, creating spaces and a surrounding environment in sympathy with the river landscape of the Olympic Park.

Tested for use as smoke ventilators to BS EN 12101-2, Powrmatic’s Opensky ventilators can be roof or wall mounted for exhaust or inlet and can be supplied with a hinged base for use as an access hatch. They have been specifically designed for both smoke and heat exhaust and natural ventilation applications and combine an attractive style with a discreet, low profile.

Calculating heat loss in a building. A guide to what you need to know before selecting the appropriate heating system.

Do you want to be kept up to date with industry news like this?